A lot of people depend on visuals to navigate their environments. Sight is a major contributor to people’s perception and understanding of things.

Furthermore, how do people who experience major or sudden vision loss deal with obtaining information? As their reliance on their other senses increases, so does their need for additional tools.

But how much time does one have to learn and adjust? I was inspired to explore how typography could play a role in creating muscle memory and allow people to passively learn something new.

To create a set of letterforms that combine Braille and the Roman alphabet into a tactile and accessible typeface for those who are losing their vision.

Braille uses a 2 x 3 grid to assign values to each letter in the English alphabet. The system is based off of the first ten letters’ configurations and utilizes ‘decades’.

Decades are sets of numbers/letters that build upon the values set in the first decade. This allows modularization and easier understanding of the Braille system.

I looked up other interpretations of a braille/roman alphabet and noticed that the letters tended to conform to the 2 x 3 grid.

While there is a way to denote capitalization in Braille, there is not a separate system for capital and lowercase letters. This helped me decide that I wanted to work with only capitals.

I picked up a book, Designing Type by Karen Cheng, that taught me more about the basics of designing a typeface. This really allowed me to start exploring how I could build a typeface from scratch.

In my explorations, I wondered if I could achieve a happy medium between the two: where braille co-exists with the letters.

While standard uppercase sans serif practices call for starting with O and E to establish curves, stroke endings, and thicknesses: I started with O and H because I had an easier time drawing the two on paper. This also allowed me to view the letters from afar to see if the dots could hold on their own as well as the letter itself. 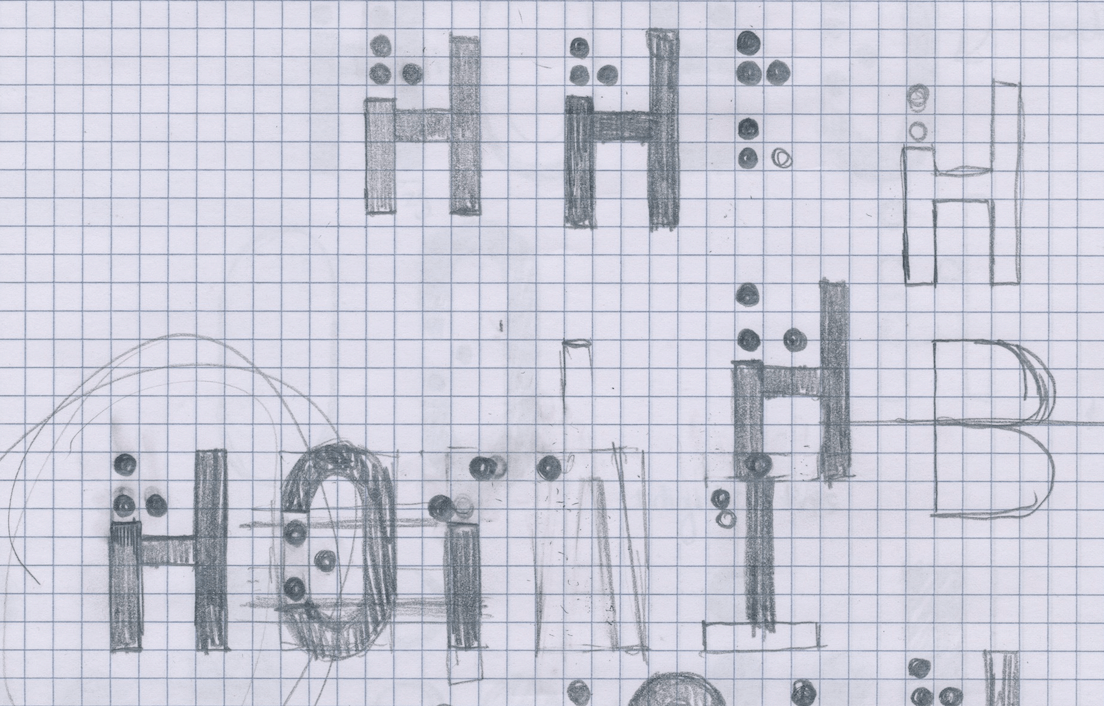 Once I digitized the letters and was able to see it in print, I settled on their proportions as a base for the rest of the letters. 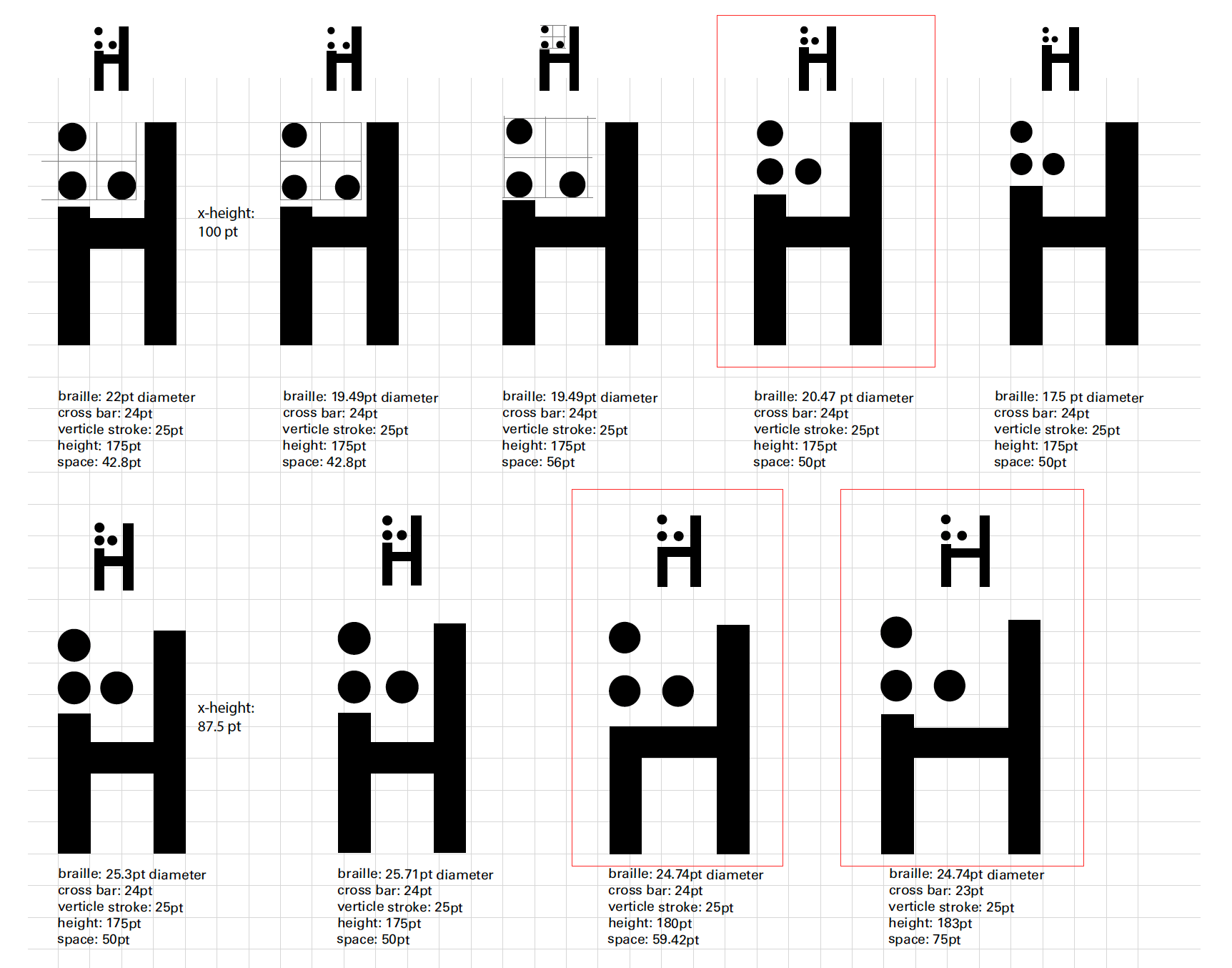 As each week passed, I moved onto different sets of letters to build.

Each week, I met with an advisor to get feedback for the letterforms. Alignment and position were readjusted after I brought the letters to a bi-weekly group critique. 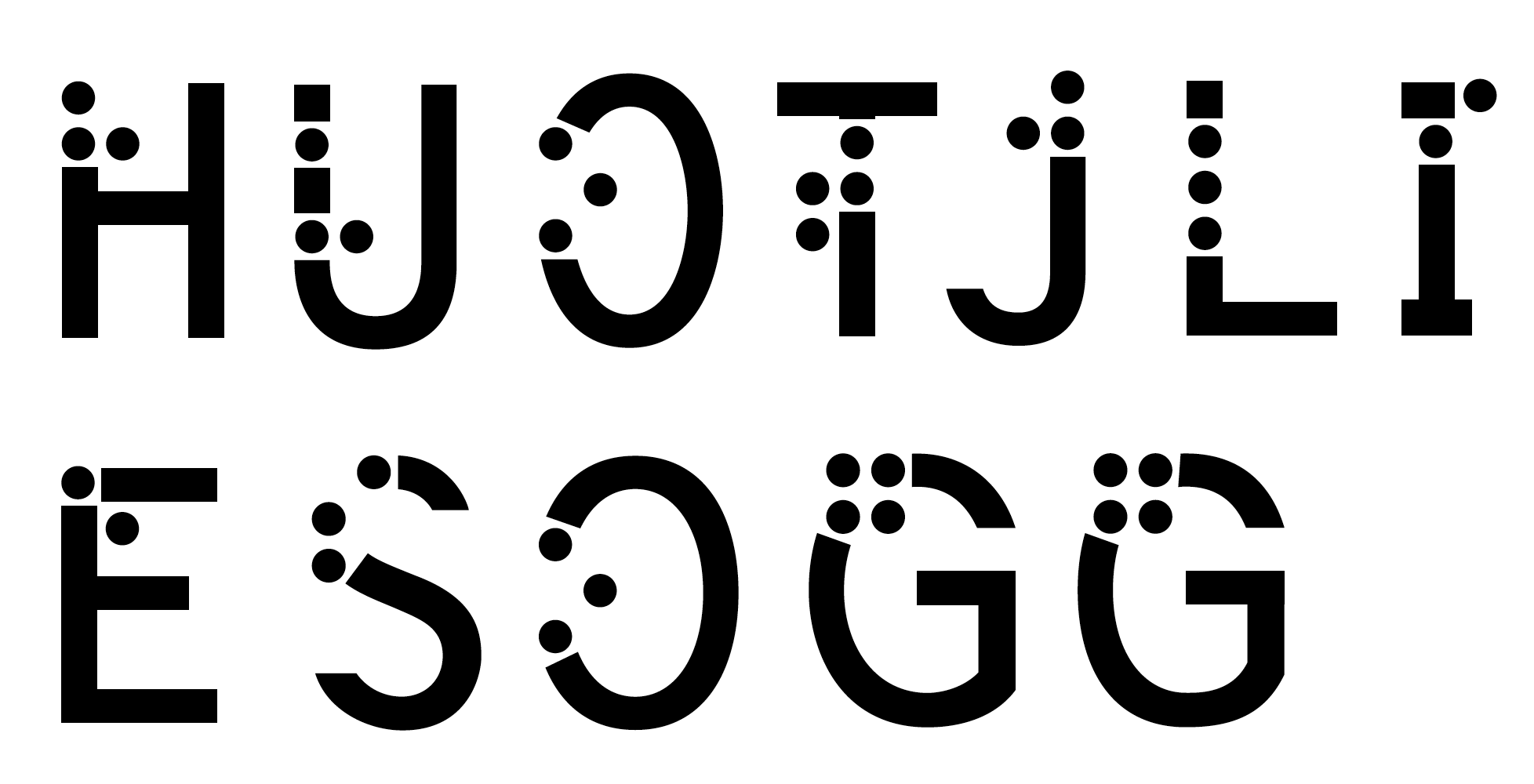 Tran sans is a neo-grotesque sans serif that seeks to be a transitory typeface for those who are losing their vision.

This typeface combines braille and the English alphabet in a way that can be read in either format.

The purpose of this font is to generate muscle memory for those who are looking to learn Braille but are confused by the 2 x 3 grid system. 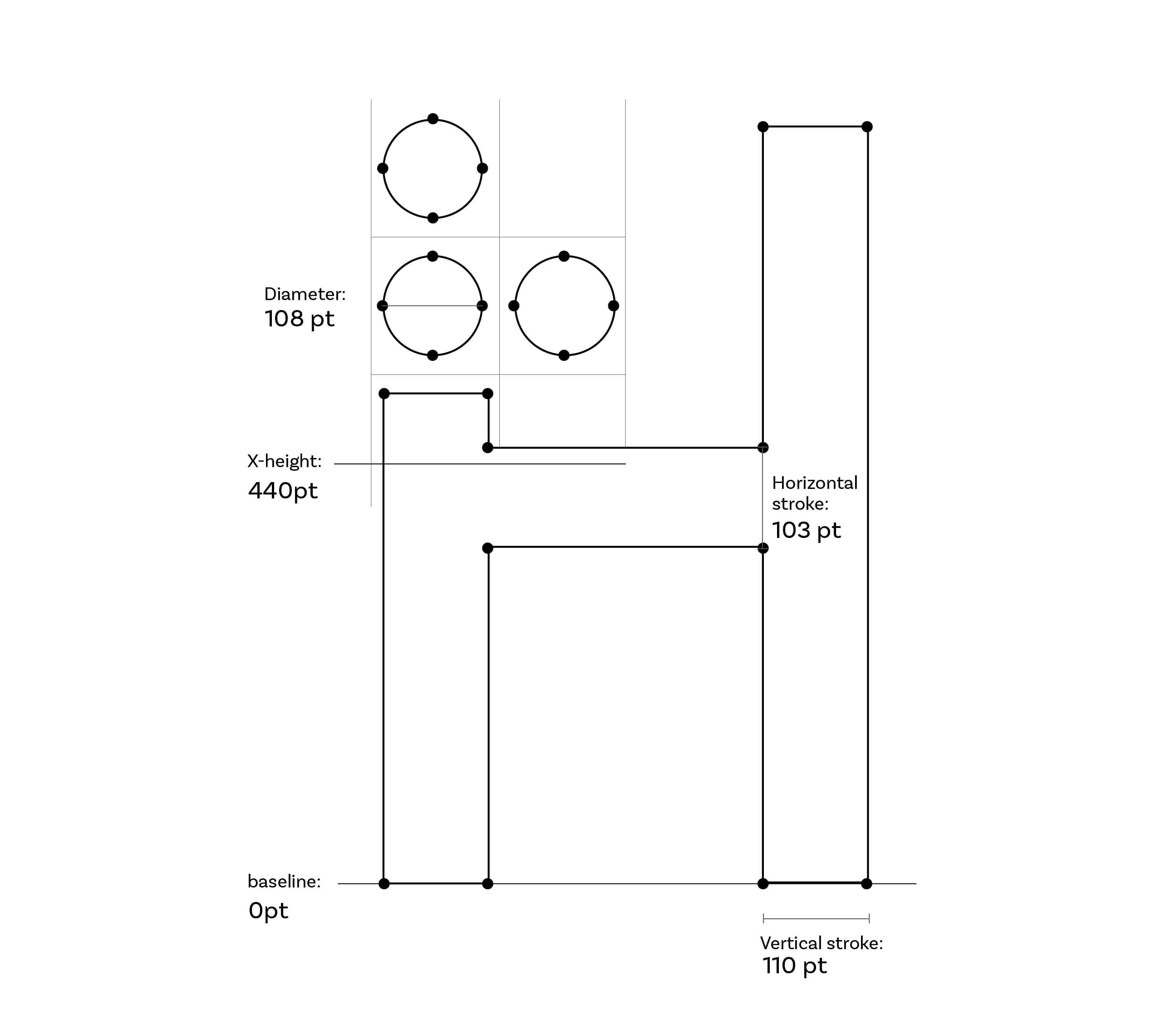 The letter proportions are based off of the ones found in the International Typographic style, and are all in caps.

Tran-sans also has certain quirks to it, such as letters with lower x-heights and that were adjusted to keep the braille system consistent throughout all of the letters.

If there was a reiteration of this project, I would explore how the typeface translates to other languages and create adaptations. I would also see how it works with other levels of braille.

Additionally, I would love to test the typeface’s ease of use and see if it promotes memory retention through A/B testing. In creating this typeface, I received feedback from my advisor, peers, and family. Having other perspectives from those with low vision would be helpful in refining the letterforms.

Another consideration is if this typeface works as a body copy for publishing and other formats.

return to other work